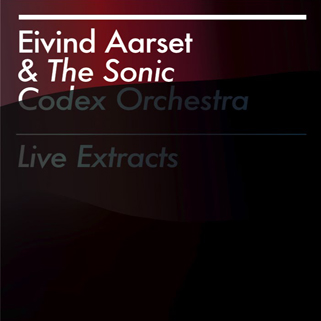 ##as described by Jazzland: Taken from various venues, and with slight variations of personnel, Live Extracts retains the unity of feeling and purpose found on Aarset's studio work, yet is constructed from a completely different perspective. The dynamism of the live sets offers the listener a fresh perspective on familiar material, often sounding completely reimagined. However, the distinctive approach is clearly that of Eivind Aarset, albeit less distilled or refined: this is the raw ore of his imagination, often bold, energetic, and untamed, yet capable of moments of stillness, tenderness and cool composure. It is an expressionistic version of his sonic world, but never falls into self-indulgence - ego takes a distant backseat, instead allowing the interplay of the musicians to grow both inside and out the song structures that Aarset's fanbase know so well, creating something utterly new in the process. The opening and closing tracks, although growing to and from separate established pieces from the Aarset oeuvre, are superb examples of spontaneous music, filled with atmosphere and delicate brilliance. Echoes of Jimi Hendrix and Miles Davis also resound in Electromagnetic and Sign of Seven respectively, but are driven through a very Aarset filter. For fans, this will be an affirmation of their zeal for his music. And for those who have never experienced Eivind Aarset's live performances, Live Extracts will be a revelation, one that will make them pay very close attention to concert listings in future.

Eivind On Live Extracts Although I spend most of my time and energy working in the studio, fiddling with sonic details, I love to play live - and I often play better guitar live than in the studio. The interaction between the musicians improvising in front of a live audience is very different and can be more intense than in the controlled enviroment of a studio. I am happy that we captured some of those moments.

However, producing a live album is also a difficult process in the sense that I have to sacrifice a level of control, having to live with all the audio leakage between the different instruments. But that loss of perfection also creates a special dynamic of its own. My decision was to keep editing to a minimum, avoiding overdubs, and not cut the track lengths in order to keep the live energy.

Often after concerts, people ask to buy records of the music we played, music that is often completely different to the versions recorded in the studio. I think it's cool to have a CD out now that captures the evolution of the music, and allows people who have not heard the band live to get a taste of the atmosphere of the live performances. I am very proud of my studio records, but they are works of their own, with their own message. Live Extracts presents a different picture of the music, one that I am equally proud of. Enjoy!

Live Extracts Electromoers initiates proceedings, like atmospheric architecture from another world, then modulates into the jazzy shuffle of Electromagnetic, a track that grows to an urban dystopia, complete with backalleys, skyscrapers and manic traffic in the sky. There is a palpable sense of menace and threat, like a riot will break out at any moment: and indeed the outbreak comes, underpinned by grooving rhythm and bass. Searing guitar and trumpet tear through, burning like precisely aimed bursts of corrosive acid. Still Changing relaxes the mood, as though viewing the urban chaos that preceded it from afar, where it appears beautiful rather than menacing. Håkon Kornstad's saxophone glides gently across the warm currents of the music, all building to a glorious statement of the main motif of the track, suggestive of some kind of flight above the chaos, an escape on wings. Drøbak Saray shimmers into view like an hallucination, a half-remembered dream, fragmentary, of some oasis amid burning lands. The heat-haze blur disintegrates, replaced by searing definition, Aarset's guitar leading the way into a magnificent piece of Eastern rock grandeur, palatial, somehow enchanted. Murky Seven chatters along, like the sound of water drops, distant footsteps, and night animals in a dark cavern. Sign of Seven grinds out of this darkness like an invader, its signature riff layered heavily, slow, but dangerous, consuming the whole instrumentation of the Sonic Codex Orchestra. It pauses briefly, as though checking the air for scents of its prey, before relaunching its attack. The track moves through more textures than many include on an entire album, through Milesian jazz and hard rock, as well as that unmistakeable Aarset sound. Blå Meis is a delicate contrast, warm, soft, like a calm sea after a storm. Håkon Kornstad's saxophone makes a welcome return, yet never overpowers the undulating tidelike groove. The track quietly diminishes into a far distance, somehow smiling as it goes.